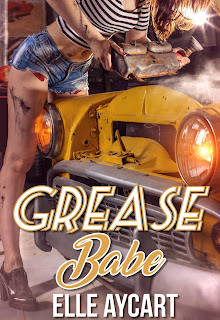 “Chief, we have a situation,” came over the radio.
“Code?” Adrian Skehan, Alden's sheriff, asked, tapping on the steering wheel impatiently.
“Unclear. Old McPherson is seeing blinking lights in the wilderness,” Holly, the sheriff’s office dispatcher, explained. “Couldn't find a code for that.”
Of course not.
“Stationary or moving?” he asked, without even flinching.
That was something he would have never said in his previous life as a Boston police detective.
A scoff. “Stationary, boss. Stationary. We have a code for moving lights, don't you remember?”
True. They came up with it after Mrs. Hayden got into documentaries about extraterrestrial life and believed her lapses in memory had nothing to do with her fondness for cherry liqueur but that she was actually being kidnapped by aliens.
Kids playing with a laser pointer hadn't helped at all.
CIA was the code. Cherry Induced Abduction.
How he ended up in such a crazy town, where law enforcement needed a special code list, he had no clue.
Well, he did. He just didn’t want to think about it.
“He said it’s coming from the old B&B. Sparkly, white-bluish lights.”
“On my way.”
Probably teenagers messing around.
Alden's B&B had been closed for many years, but now that it had a new owner, it was being renovated and reopening in a couple of months.
He parked the patrol car in front of the building and walked toward the swimming pool area, where, as reported, a bluish flickering light was coming from. As he approached, he heard the chatter, the clicking of glasses, and someone yelling LOLOOO.
Shit. Shit. Shit.
Dispatcher had been wrong; they did have a code for this: OG WMD. Original Grandmas Weapons of Mass Destruction. In his previous life, he'd been chasing terrorists and narcos. Now? Now he chased senior citizens. And more often than not, they managed to escape him. Not running, though, simply smiling and patting him on his arm as they faked ignorance.
The bane of his existence, Rebecca, Wilma and Greta were in the swimming pool, on the jacuzzi side, wearing very indiscreet flowery bathing caps and drinking what looked like champagne. They'd turned the lights on and the bubbles too. Music played from somewhere—one of the grannies’ cells, probably.
Man, he thought that once these bunch got Mike, Rebecca’s grandson, and Kyra, his first love, hooked up, they would have calmed down, but no.
The second they saw him, the grannies glanced at one another, each drawing in a big breath, and with cheeks full of air, dove into the water, looking like crazed chipmunks.
For the love of God.
He crossed his arms and stood by the pool, waiting for them to come up for air.
It took a while before those damn bathing caps resurfaced. He had to give it to them; for eighty-year-olds, they had great pulmonary capacity.
“Well?” he asked with a glare, his voice as stern as he could muster.
Silence. Then Wilma, the one with the flashy red cap, turned to her partners in crime. “Didn't work, girls. He's still here.”